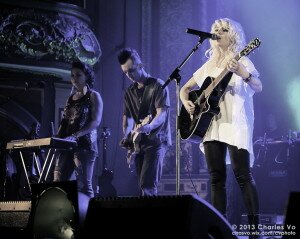 …And already want to go back!! It was such an amazing experience for me. I really want to thank Mark Rosner and the HMP Recording & Development Staff for putting this incredible week together, and the amazing JFR (http://www.jfrprojectx.com) band, who backed me in each city before returning home – These guys seriously rock! It was my first tour outside of Nova Scotia, and I was lucky enough to have gotten to play in some of Eastern Canada’s most beautiful venues. From The Toronto Opera House, to Gatineau’s Salle-Jean Desprez, to Montreal’s Rialto Theatre, to Quebec City’s Petit-Champlain Theatre, before finally returning to Halifax to play The Seahorse Tavern stage – Just totally awestruck by these stages and the amazing audiences. Especially, the amazing friends I’ve met along the tour that are in the HMP Recording & Development team and label! Everyone put on such great shows, and were so supportive of each other. It was such an honour to be with such great company and can’t wait until we all get back together in the future for more shows?! It could be in the works! Until then though, I’m busy in the studio working on the finishing touches of my Album for its release. I suppose it will be good to get some well needed sleep however, after many late nights, that made up many great nights. 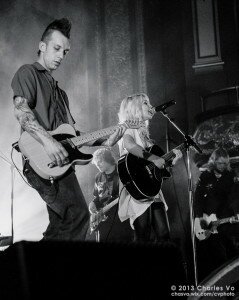 Posted in Uncategorized | No Comments »

Currently sitting on the bus, making our way into Quebec City for tonights show at the Petit-Champlain Theatre at 6pm! Were almost to the end of the tour already and it has just flown by! Im having a load of fun with HMP Recording & Development as well as all the amazing artists on the label! The venues are gorgeous and so are these cities! Of course Im still excited to get back to some more familiar places – Our last show for the tour will b this Saturday in Halifax at The Seahorse! Hope to see everyone there – the show will be killer!

Posted in Uncategorized | No Comments »